However, a missed menstrual period is one of the main signs and first indications of a pregnancy. Here are a few more accompanying symptoms.

Morning sickness may occur as early as the first two weeks of pregnancy, however, the majority of women tend to begin to experience it during the sixth week of their pregnancy. Morning sickness refers to a nauseous feeling, which is often experienced in the morning. However, morning sickness for some women can occur during the day or evening, basically at any time!

Experts suggest that morning sickness may be caused by the increasing volume of pregnancy hormones, such as estrogen and hCG or human chorionic gonadotrophin (hCG).

Once into the second or third week of pregnancy, the need to urinate may increase. Frequent urination can be caused by an increase in the production of hCG, which also means the baby has implanted inside the uterus.

Increased levels of hCG makes it easier for pregnancy strips to register. (These test strips are used in a urine sample.) Although pregnant woman will have heightened levels of hCG, not all pregnant women may experience an increase in the need to urinate.

As mentioned earlier, pregnancy signs and symptoms can differ from pregnancy to pregnancy and from one woman to another. However, as the baby grows and there is more pressure on the bladder, this too may cause more frequent trips to the bathroom.

Montgomery tubercles may also appear on the areolas. These look like goose-bumps and are helpful for lubricating the nipples.

Some women find their senses start to become extremely sensitive. This can start in the early stages of pregnancy. They may find themselves hating the smell of a perfume or beverage or certain foods or food types.

Some pregnant women may also complain about having a metallic taste in their mouth, making it difficult to appreciate the taste of some of their favorite foods.

These changes are part of the reason why many pregnant women have strange preferences and cravings.

This symptom is caused by heightened levels of the hormone, progesterone. Another reason for experiencing fatigue is due to the body working overtime. The body is working harder in order to assist the baby’s development.

As stated, every woman is different, so if you feel you have different symptoms to what has been listed here, that could definitely be the case! 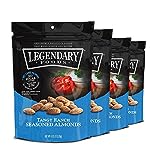